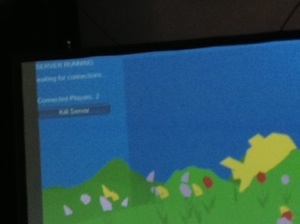 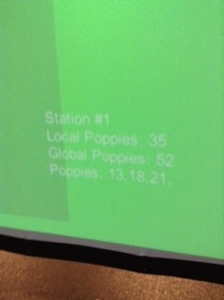 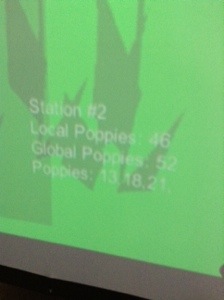 Two days in and we were still getting an instability in the network. Note the mismatch in the local and global poppy counts at each station. One colleague suggested data garbage management, another suggested WiFi interference from the other two networks in the space.
I decided to fly the router and connect the CPUs via Ethernet to test the latter suggestion. All of the other network configurations were left the same. This enabled us to log-in via WiFi as before, but the wired part of the network would not experience any radio interference.