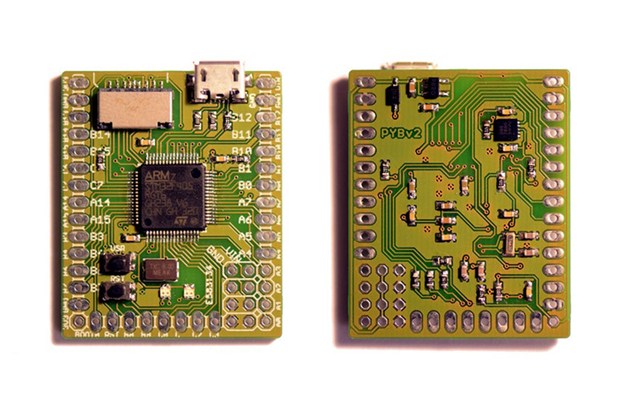 University of Cambridge theoretical physicist Damien George has built a tiny microcontroller that is more powerful thanArduino and far simpler than the Raspberry Pi. Just funded onKickstarter, the £24 board runs an adapted version of Python known as Micro Python and will allow users to simply paste lines of text code onto the board to make it work.

“The board has a USB port which allows you to easily connect it to a PC. You don’t need any software to program it: it behaves like a USB flash drive, and you just copy a Python text file to it and it runs,” George explains. Other features of the board, which runs on Windows, Mac and Linux, include a micro SD card slot, two buttons, 4 LEDs, 30 input/output pins for interfacing with sensors, a real-time clock, an accelerometer for sensing angles, and output lines to control servo motors used in robotics.