In Search of the Happiness Max, archaeology: Few doubts remain that a cave… 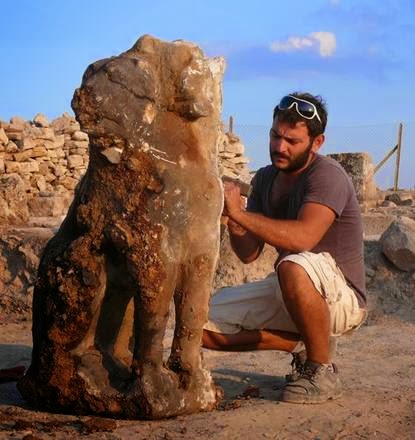 Few doubts remain that a cave discovered by a team of Italian archeologists led by Professor Francesco D’Adria in the ancient city of Hierapolis in classical Phrygia is indeed the mythical ‘Gate to Hell’ of Greek antiquity.Celebrated as the portal to the underworld in Greco-Roman mythology and tradition, the cave called Plutonium or Pluto’s Gate was a destination for the VIPs of antiquity, such as the philosopher Cicero and the great Greek geographer Strabo.D’Adria on Thursday told ANSAmed his team has made what he called ”a one-of-a-kind discovery”: a 1.5-metre-high marble statue of Cerberus, the Greek mythological three-headed dog guarding the entrance to Hades, or the Kingdom of the Dead, at the entrance to Pluto’s Gate.Next to the three-headed dog – whom Hercules alone managed to subdue by feeding it a loaf of bread laced with narcotic poppy seeds – the Italian team found a marble statue of an enormous serpent, another mythical guardian of the gates to the next world.

via In Search of the Happiness Max, archaeology: Few doubts remain that a cave….

← Infrared camera – you asked us, so we’re making them! | Raspberry Pi
That Other Big Afghan Crisis, the Growing Army of Addicts – NYTimes.com →