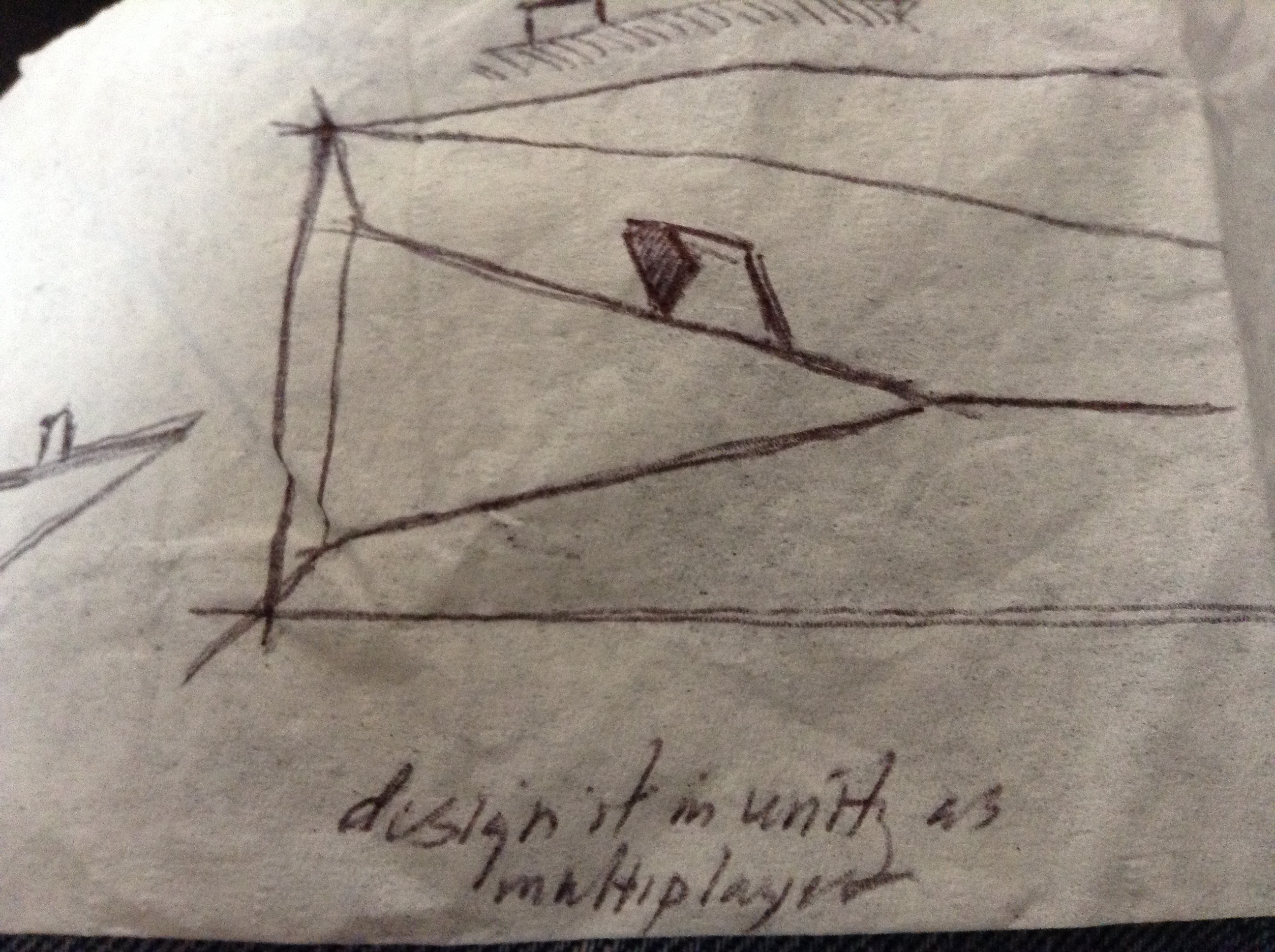 Andre was able to figure out how to run multiple instances of a Unity game scene build by using a terminal command. He deployed builds of the FPS_sample_2013_02_21.unitypackage by Darrel Cusey, found by Esteban and Ben on Gamasutra (http://www.gamasutra.com/blogs/DarrelCusey/20130221/187128/Unity_Networking_Sample_Using_One_NetworkView.php). Andre, Ben, and Esteban were able to get 32 players in a shared world. The instances (sometimes four to a machine, sometimes six) were deployed across eight Mac Minis of the Leo Block Studio using our ad hoc WiFi LAN.

Andre, Ben and Esteban are attempting to get the two machines running ZigFu to join the networked Unity scene. This is proving to be more challenging than at first expected.

Teri has been building the first draft of visual models for poppies, soil, and for a submarine. She is challenging herself to make one new drawing per day. She is also going to familiarize herself with the technical idiosyncrasies of Unity from a visual arts point of view.

ToDo: using ZigFu events and a Kinect, get Mac Mini 1 to send a packet with game player state info into Mac Mini 2, which is similarly equipped. The FPS Sample did not use Kinect as an interface.